Megan and Andrew perform classic Argentine tangos from the 1920s-1940’s and original compositions, interpreting them with sultry vocals and tinges of jazz piano while still keeping true to the traditional syncopation and undying passion of this beloved genre.

They began performing together in Portland, Oregon in 2012 in bandoneonist and dancer extraordinare Alex Krebs’ tango quintet.  One evening Alex asked them to play a duet while he performed a dance, and they immediately discovered a natural connection in the duo setting which they have developed over the years, culminating in a new album “Piano, Voz y Tango” which was recorded in 2015.

Equally suitable for listening or dancing, the duo setting allows for free and expressive performances drawing on Megan and Andrew’s wide knowledge of classic tango styles and many other genres, and their interest in connecting with dancers and listeners in the moment.

Megan Yvonne developed a passion for singing after spending two and a half years studying art, music and language in Mexico and Brazil. When she moved to Portland in 2005 she began learning Argentine tangos and was soon asked to join The Alex Krebs Tango Sextet, since performing with them at various tango festivals and social dance venues in Portland, Seattle, and Minneapolis. In 2013 collaborated with Alex and Andrew to write lyrics for their record “What the Tango?!”, an all original modern tango album. Also in 2013, Megan began working with Pepe Raphael performing duets and has appeared with his long standing band, Pepe and the Bottle Blondes. In addition, Megan leads her own Latin Jazz group, Pérola, which focuses on Bossa Nova, Latin American folk, and Argentine Tango.

Andrew Oliver performs a variety of styles, specializing in early jazz, swing, and tango.  A native of Portland, Oregon, he studied in New Orleans from 2002-2005 before returning to Portland where he quickly became an integral part of the jazz scene.  He began playing tango with Alex Krebs’ groups and together he and Alex composed and recorded an album of original tangos for dancing as well as an album of contemporary tango-rock while also performing traditional tangos with their band.  Since moving to London in 2013, he has been an integral member of the London Tango Orchestra as well as performing jazz and swing throughout the UK and Europe. 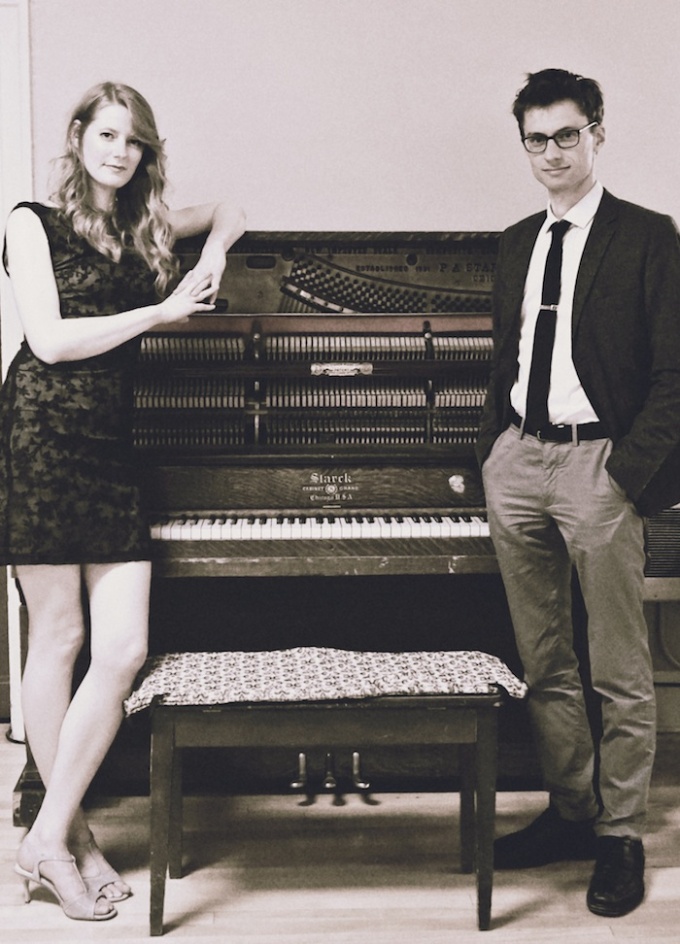